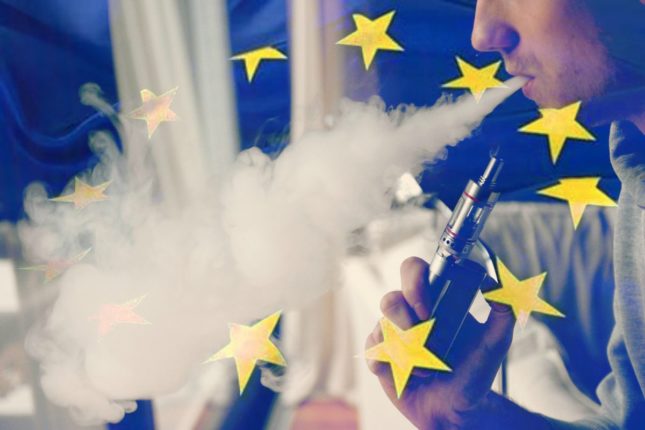 Many of the arguments surrounding e-cigarettes being an unhealthy activity focus on the adverse effects of nicotine on one’s body; however, current suggested cessation medications as an alternative to smoking also contain nicotine. For example, nicotine replacement therapy, (NRT) the most commonly used family of quit smoking medications, contain nicotine; therefore, the argument that e-cigarettes are an unhealthy alternative because of their nicotine content is invalid. Not only do many studies show e-cigarettes to be better at helping smokers quit than other techniques, but e-cigarettes also allow a user to buy different levels of nicotine for their device and slowly reduce their nicotine intake, helping minimize adverse side effects to quitting.

Many studies show that e-cigarettes also increase the number of smokers who try and quit. Smokers are finding some e-cigarettes so enjoyable that they end up making the switch without a previous want to quit smoking. For cigarette smokers, e-cigarettes act as a substitute in not only the physical nicotine level but also the psychological and social level. E-cigarettes can imitate the feeling of smoking a cigarette while giving a better taste; this makes it an easy substitute for the habitual addiction of cigarettes as well as to the social situations cigarettes are typically used. Additionally, by providing a no pressure approach to quitting, e-cigarettes increase the number of smokers willing to try and quit.

Dr. Konstantinos Farsalinos and Dr. Konstantinos Poulas from the department of pharmacy at the University of Patras in Greece, in response to Vinčiūnas, said: “it generates confusing messages to smokers who need, deserve and should have the right to access to less harmful products in an effort to quit smoking.” The statement by the commissioner discredits the use of e-cigarette’s to quit smoking, something that is seen universally as a health benefit. Smoking is responsible for nearly 700,000 deaths every year in the EU, shouldn’t we be encouraging different ways to quit smoking?

By discouraging smokers from ways to quit, Vinčiūnas is decreasing the number of smokers who may successfully use e-cigarettes to quit. This problem doesn’t just affect the smokers and ‘vapers’ but also the general public through second-hand smoke. Unlike regular cigarettes, e-cigarettes produce no second-hand smoke for others to inhale; this means a safer environment for all nonsmokers.

Furthermore, Vinčiūnas’s statement is ill-founded and is not entirely correct. The Commission has systematically refused to meet with the tobacco industry to discuss the growing industry; this may be why the commissioner said that e-cigarettes contain tobacco, a lack of knowledge about the subject. E-cigarettes, in reality, do not contain tobacco, or many of the harmful substances in cigarettes, and are proven to be a healthier alternative.

The EU Commission should be in support of healthier substitutes to smoking cigarettes, especially ones that increase the likelihood for quitting, not making ill-founded statements against them. The EU Commissions blatant disregard of evidence supporting the use of e-cigarettes to quit smoking, or lack of knowledge, cannot stand if we want a healthier world with less smoking. Help stop the miss information and help support the people who want to quit smoking to have a better life. Help promote the use of e-cigarettes to quit smoking.