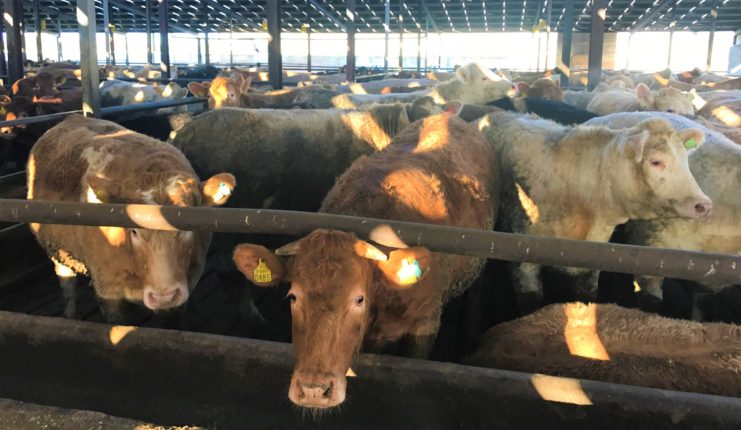 Several MPs of the European Parliament Agriculture Commission have proposed to reduce subsidies for intensive agriculture and livestock farming. Finally.

This reform, which must be firstly approved by the European Parliament before the end of the mandate, presents itself as a concrete measure to curb the livestock industry and (consequently ) the damages it causes to the environment and to us citizens every day.

The current European agricultural policy encourages, in a disproportionate manner, the growth of intensive farms for cattle. In France, the percentage of pork produced by mega-farms increased from 31% in 2004 to 64% in 2016 while the production of chicken meat, in the same period, increased from 11% to 28%. The effects on the environment are devastating.

Intensive livestock farms are the main cause of climate change and are contributing decisively to the environmental breakdown that is condemning Europe and the whole world. In Europe, more than 60 percent of the cultivated cereals are used to feed livestock and the agri-food industry is the main source of groundwater pollution.

According to Lisa Kemmer a regular steak creates an atmospheric heating potential of 36 kilos of CO2 – corresponding to what is created by driving a car for 3 hours and covering 250 kilometers. And, as if this was not enough, the EU sponsors these activities spending almost a fifth of the total budget of the European Union (between 28.5 and 32.6 billion euros). According to the data available from the European Commission and Eurostat, over 71% of the total EU agricultural area, around 125 million hectares, is destined to livestock.

Our environmentalist friends and NGOs who are used to scream against plantations in developing countries, why don’t they focus on the damages that the livestock industry causes at home? Why don’t they support this proposal of the Agriculture Commission of the European Parliament rather at than school developing countries? We are waiting for an answer!

What is more, this proposal would help improving animal welfare. In practical terms, farmers who wish to remain eligible for EU agricultural support should have a maximum stocking density of 0.14 hectares per sheep, 0.71 hectares per pork  and 1.43 hectares per dairy cow. Livestock must be able to lie down, stand up, extend their limbs and turn around. Failure to comply with the these European directive regulations would result in the confiscation of livestock and the total suspension of subsidies.

To benefit from this proposal, therefore, would be the animals, our environment and above all us citizens. Environmentalists and NGOs, enough with blaming developing countries around the world. Let’s think about our home first. Let’s limit the livestock industry before it destroys our continent.