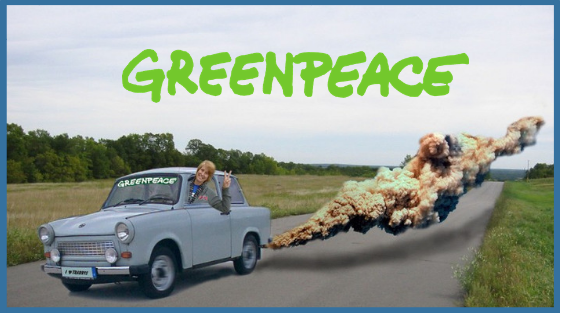 Greenpeace defamatory claims on deforestation and orangutans are crashed by data and facts in favor of countries like Indonesia and Malaysia.

Greenpeace’s petition to ‘stop’ fires in Southeast Asia has, once again, put back the Indonesian forest, its flora and fauna and palm oil, at the center of a heated debate.

According to Greenpeace, numerous fires in the area are due to an “excessive” deforestation that it is causing a sharp reduction in the population of orangutans. Data provided by Science Advances and Global Forest Watch firmly denies this claim by proving that the population of the species is now much higher compared to 15 years ago.  What is more, this relatively new data shows how the phenomenon of deforestation in Indonesia does not have the magnitude projected by Greenpeace.

These accusations are simply part of a Ponzi scheme put in place by Greenpeace to draw large sums of money from different multinational corporations. This subtle and shallow practice is now performed by several NGOs all over the region.

The fallacious Greenpeace argument that sees ‘evil’ palm oil producers as professional pyromaniacs has been vigorously denied by data.

Only 11% of Indonesian fires involves palm plantations, with a number already on the decline.  What is more, a 46% reduction in burned hectares of forest (14% in Malaysia) only between 2016 and 2017 (2.46 million hectares in 2016 compared to 1.3 million hectares in 2017) clearly demonstrates how the legislators and local entrepreneurs are placing greater emphasis and care on the Indonesian ecosystem. In order to get an idea of the massive improvements that Indonesia is experiencing, we can simply take a look at the Italian numbers during the respective period: an increase of 30% in deforestation throughout the national territory.

If the concerns regarding Indonesian deforestation were found to be groundless, Science Advances data just as easily dismantled the theory that sees Sumatra orangutans sharply downsizing. In 2004, only 6600 members of Sumatra orangutan (Pongo abelii) populated the Indonesian forest. Thanks to a new research conducted by Science Advances in 2015-2016, it was discovered that the total number of Sumatra orangutans amounts to 14,613, 121% more compared to 2004 data. Moreover, if 15 years ago the estimated habitat area of ​​this species was limited to 7000 square kilometers, the latest estimates of 2016 assert that the Sumatra orangutan’s habitat is about 17000 square kilometers, 143% more than the 2004 estimates.

It is not anyone’s intention to argue that massive deforestation is not detrimental to the Indonesian ecosystem. However, it is crucial to stick to the reality of the facts. The numbers provided clearly demonstrate how the phenomenon of deforestation in Indonesia has a far more positive outlook than ours. Furthermore, the efforts of local politicians and the private sector, placing greater emphasis on safeguarding the ecosystem, are finally drawing tangible and relevant results in both Indonesia and Malaysia.