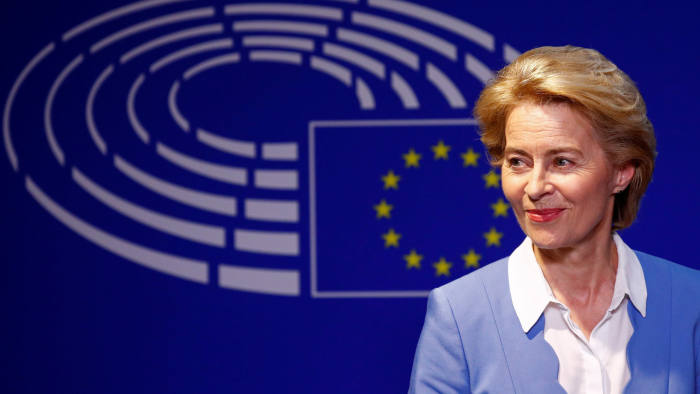 The von der Leyen Presidency of the EU Commission has embarrassed most of the media. Not because she is the first woman, but because she was elected with a restricted majority, 9 votes out of the 14 coming from the M5S. On the one hand, this has highlighted the error of having ignored the non-existence of the PPE PSE majority and the need to agree at least with the liberals; on the other hand it showed that the proposal by the Council has collected defections; many among the socialists, different ones among the populist groups, and some among the liberals. Therefore the usual certainties have disappeared. The old majority is buried, the new is a limping strangeness, and the EU bureaucracy has taken a hit.

The EU has taken a hit not only because of the President’s speech – which exposed difficult arguments to the bureaucracy, such as enlarging the legislative powers of the Parliament or widening the area of ​​decisions by majority in the Commission – but also because the Council, an organ loved by bureaucrats, is less and less the lighthouse of the classroom and, above all, in terms of the political climate, not inclined to custom without rethinking the EU structure. In summary, the clear statement by von der Leyen of wanting to strengthen Europe against those who want to weaken it, expresses, albeit with the foggy caution of the people, the idea that the path must change as it is not good to abandon the European citizens and follow bureaucracies.

This idea emerges in the plan presented and in the criterion of seeking consensus. In the von der Leyen program, the greatest decision, space in the parliament, and the decisions according to ideas, and not according to the states, stand out. There are seven further main indications. An EU open to the world, strong but conversational. A legal instrument for every worker in the EU to have, by country, a minimum wage through collective bargaining and the rules, and for insurance against the unemployed. The law that halves greenhouse gas emissions in 2050. Full gender equality in the Commission (since 1958, out of 183 commissioners a maximum on only 35 have been women). An organic approach to migrants, without wanting them all to arrive in the EU (because absorbable immigration has limits), such as keeping families together, reducing irregular immigration, supporting the fight against traffickers, and ensuring the protection of the right to asylum and the creation of humanitarian corridors for refugees. Support for the European Parliament’s initiative to triple the Erasmus budget by next year.  As for the search for consensus, it has become clear that the Von der Leyen has aggregated on sharing the peacefully reforming Europeanism and on avoiding openings to the sovereigns, basically hostile to the project of Europa in itself. She points to majorities that are also variable, pragmatic and flexible, as long as they are able to satisfy the demands of the world for more Europe.

Obviously, we are only at the first steps and, also in the light of the ambition, at the top. In the past, manifested by Saxon politics, to begin we must follow the consistency of the proceedings until taking office in November. However, it can be said that the way of the von der Leyen to transform the EU seems to seek a broad connection using a method not far from that of the origins. One step at a time to develop a unitary project among the citizens of the different states. Because this is the nature of Europe, not the almighty bureaucrats.

It is absurd to write that everything has remained as before, the only innovation of the past years having been disavowed; the innovation was indicating to electors of the list lead candidates for the head the Commission. Whoever supports this idea does not realize (or pretends not to) that the electoral criterion can be proportional to the citizens only if there are reports of impressive suffrage. In other cases (that is to say the practical reality), in the Parliament, there will be heterogeneous groups with different projects and yet it is there, not in the polls, that a majority respectful of the various indications of the Europeans must be found. It is a similar situation to March 4, 2018, in Italy. He was certain that the voters wanted to change the majority of the government, the way it was left to Parliament. In the EU case, the old EPP PSE majority has maintained more quantitative strength than in Italy but still insufficient. But here PPE and PSE have understood the need for change and have worked to train with those who are there, a reforming majority step by step.

It is not insignificant. First of all, because it would seem to be the farewell to the conception following the collapse of the USSR and Maastricht, for which the EU had to grow and establish itself as a beacon of civil liberty. Quickly, by the decision of the States, taking for granted that they represented their respective citizens and without waiting for the times of civil maturation of the choices (which led to the defeat in various countries of the referendum on the draft EU Constitution). Also because it proves the ineffectiveness, to reach reformist EU majorities, of the palingenetic promise, which requires uncritical unity on the slogans, the demonization of the adversary, not always making clear and coherent projects transmissible to the citizen. Which is then the coat of arms of the sovereignists. And it is precisely the defeat of the sovereigns, with ideas and physical gestures in the classroom, which is the key figure of the presidency Von der Leyen (so far). Reaffirmed with the declaration of being completely opposed to the two-speed EU, which centers two targets together: that of the illiberal democracy of the sovereignists but also that of the bureaucrats, willing to do anything to carry out their projects and contrary to the concept of the EU in steps to make the citizens mature.

The facts will outweigh the politics of President von der Leyen. But the beginning shows us a practicing Christian who does not ignore the liberal method of freedom that matures, which was the embryo of the European project. Staying connected to the citizens, it is never too much.