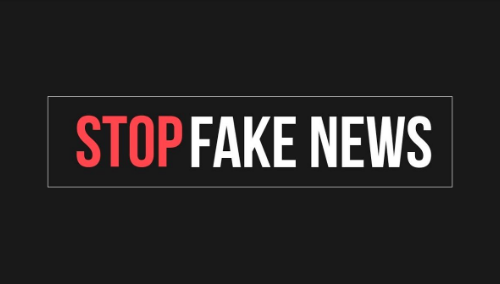 The wave of intense fake-news against palm oil has returned.

COMMERCIAL WAR It is the umpteenth confirmation of yet another commercial war, at least in Italy, against producers who use palm oil.

Beyond the usual fake news (“sustainable palm oil does not exist”, “palm oil contains powerful carcinogens”), as citizens, we are concerned that the media rely on journalists and experts who only follow Santoni. They are the enemies of diversity. And it is precisely fear of what is different, for example, that there are multinationals or consumers who can enjoy snacks with palm oil, which results in the frustration of these Oracles. They propose a fixed idea of ​​what the food should be, without considering the facts.

Several studies and researches, published in the most prestigious scientific journals, have denied any connection between palm oil and the onset of cardiovascular disease or cancer.

The same Higher Institute of Health (ISS), an opinion which was requested by the Ministry of Health, confirmed that there is no evidence in scientific literature showing harmfulness of palm oil or that it has, as a source of saturated fatty acids, a negative effect or increased risk for cardiovascular health compared to other fats with similar percentage compositions of saturated and mono/polyunsaturated fats.

We specify for the umpteenth time that EFSA has never claimed there was a link between palm oil and tumors, but has indicated a daily tolerance threshold for some process contaminants that can be formed during the processing of all oils and vegetable fats, including olive fat, if the process is not managed properly. Furthermore, the European Commission has issued a regulation that sets the limits for GE (process contaminants that are formed in all fats and edible oils) in food products and is about to publish the safety limits for 3-MCPDs. Therefore, in the presence of equal legal limits for all ingredients, the consumer is widely protected by the control authorities and no arbitrary and discriminatory evaluations are justified.

POPULISM The frequency and the systematic way in which the attacks against this ingredient were made in October are suspect.

Our scientific work and the effort to promote arguments based on the facts of science had pushed the fake news spreaders into a corner. But sometimes they come back…

The anti-palm arguments are very weak and easily dismissable as it is enough to re-read some of our studies, or the most prestigious scientific works by doctors, nutritionists, and luminaries in the field of sustainability that we have republished or mentioned in many articles.

Perhaps those who promote this fake-news do not know (or pretend not to know) that palm oil is the most sustainable crop with a fully certified supply chain. It is the crop with the highest yield per hectare: 3.8 tons against 0.8 for rapeseed and 0.7 for sunflower and has the best life cycle assessment.

Many people involved in the palm oil war do not rely on the scientific method.

Discrimination against palm oil has purely commercial and ideological reasoning behind it. They use the famous claims “without”, which has been used for years in advertising or on the packaging of food products to indicate better product quality. A dangerous marketing tool for consumers because it seems to inform them, but in reality it deceives them.

We, therefore, remind you that taking the side of the boycott does not contribute to improving the supply chain, nor does it promote sustainability. No chain of vegetable oils has reached the level of certification and sustainability that palm oil has achieved over the years at the same level of scale. For this reason, strong opposition to it seems more of a political sensation than something stemming from an ethical nature.

It is important to stick to the reality of the facts. The palm oil supply chain has contributed to the creation of well-being for millions of people, to the reduction of poverty and inequalities, and has guaranteed education and development. A sustainable supply chain, if well planned and well managed, can provide better income and employment, generating investments in innovative services and infrastructures while at the same time producing a very high-quality ingredient.

Why has the fake news against palm oil picked back up to this intensity? What’s behind it? We don’t care, we aim only to re-establish the observation of facts and the scientific method.