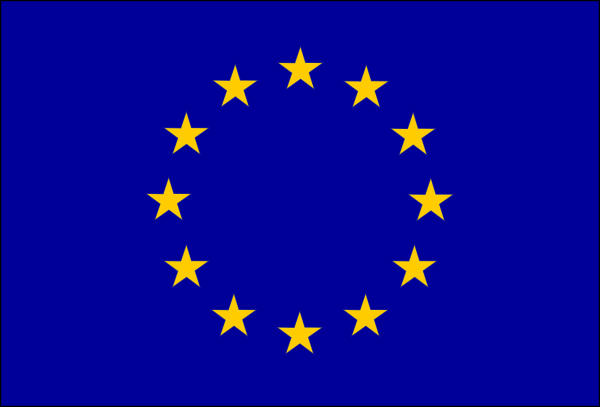 EESC: European Hypocrisy
The European Economic and Social Committee (EESC) requires EU guidelines against sugar and palm oil, because they are supposedly among the main causes of obesity. If that is the case, then why doesn’t the EESC also suggest guidelines for the correct use of PlayStations, TV series and sofas at home?
The Europe of the bureaucrats and the enemies of freedom wants to decide for us what we should eat and in what way. According to them, the growing problem of obesity is attributable to the foods we eat. With the diet imposed by Europe we would all be fit and well. Our health is in the hands of the sages in Brussels.
Don’t you find this reminiscent of the language of the Communist and Fascist regimes of the 20th century?
For the EESC, the voice of Civil, Organised Society, obesity is the enemy of humankind. Weight increase is not attributed to different factors (lack of physical movement, sedentary work and leisure time, the immoderate or pathological consumption of food, genetic factors etc.), but to the food we eat.
Their message is that we eat badly and consume dangerous foods. It is urgent, therefore, to form a panel of experts and adopt guidelines for a sustainable European diet.
As it says in the EESC document: “Such guidelines would create clearer direction for farms, processors and retailers and provide a framework for the production, processing and distribution of healthier, more sustainable food at a fairer price.” >>>
IN SHORT   the problem is the food industries that are supplying unhealthy foods that cause obesity. The format is always the same as that of Marxist historicism: the people are the victims of history, of bad companies in the food sector. What’s needed is a guide from above that can save them.
The EESC would like the EU Commission, with the contribution of civil society, to identify the magic formula for creating a perfect food system that involves consumers and the entire production chain. What is needed, therefore, is a standardised approach to food labelling that would discourage the use of poisonous ingredients such as trans fats, sugar and palm oil.
NOTE I FOR THE EESC   palm oil is used as a replacement for trans fats. READ WHAT EESC STATES ABOUT SUGAR AND PALM OIL >>> FAKE FAKE FAKE
NOTE II FOR THE EESC   to quote Paracelsus “The dose makes the poison.” Water too can be harmful if drunk in excessive amounts.
We believe that it must be the citizens who choose what to eat and how. To do so they must be able to obtain information, entrusting themselves to the experimental method and their critical sense. Instead of bossing citizens about, the EESC and European bureaucrats should commit themselves to providing them with information and allowing them the freedom to make critical choices. Labels must be transparent, but they must adhere to scientific evidence.
Neither sugar nor palm oil are poisonous. They are both, in fact, healthy foods when in a balanced diet.
NOTE III FOR THE EESC   science considers palm oil a healthy ingredient. No scientific study has ever found to the contrary.
NOTE IV FOR THE EESC   no public health or food agency has ever pointed out the risks associated with palm oil.
NOTE V   the 2016 report by the EFSA was revised in 2018 and the shameful press release vanished from the website. This is what they said explicitly “During processing, palm oil develops contaminants, but all oils have them”. It is shameful for a European scientific institution to conceal its investigations.
NOTE VI TO UPDATE THE SAGES OF THE EESC   CREA, the Council for Agricultural Research and Analysis of Agricultural Economics (Italy’s Ministry of Agriculture), has just confirmed, in its guidelines, that palm oil is healthy in a balanced diet. It has fewer saturated fats than French and German butter and that of northern countries – that is to say those countries that have something to say against palm oil. READ CREA’S NEW GUIDELINES HERE >>>
WE REMIND THE EESC   that our study that you can read here >>> – no fewer than three editions published internationally – shows that those who have eliminated palm oil to reduce saturated fats, have not achieved concrete results. So much so, in fact, that the “palm oil free” claim is considered a marketing ploy with which to mislead consumers.
CONCLUSIONS   beyond the statist approach, which we do not like, the EESC contributes to the spread of fake news. This, of course, is typical of those who wish to justify the culture of the regime compared to that of liberal democracies. But wasn’t it Europe that was supposed to fight the evil of misinformation against populisms?
The causes of obesity are manifold and should be looked for elsewhere. Why doesn’t the EESC have a go at the manufacturers of sofas, video games or TV series and streaming platforms?
Why don’t they set up a panel of experts to establish guidelines on how to operate a PlayStation, or watch a series on Netflix?
EESC: European Hypocrisy