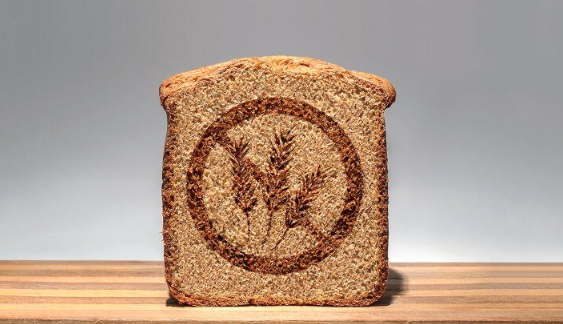 The claim “free from” is deceptive for consumers.

The claim “free from”, used in advertising or on labels to indicate that a product is without a certain Ingredient, is a marketing tool that is very useful for getting consumers attention, but that can also be very dangerous because it risks deceiving consumers.

In a highly competitive market like that of food, the traditional functions of marketing (product, price, and positioning) prove less effective at capturing new customers. The skills of marketing and, above all, of packaging, has a more direct relationship with the behavior and emotional characteristics of the consumer, and are proving more useful.

In particular, the promotional claim “free from” is associated (in advertising or on the packaging) to one’s health and the health of the environment. In this time, the consumer is attentive to their health and to a lesser extent (at least in Italy, Portugal, and Spain) to the health of the environment. The research, therefore, focuses on, healthy and sustainable products. Such a claim informs the consumer that the product is healthier and/or more sustainable, strengthens or weakens consumer beliefs, and possibly even deceives them.

The “free from” claim in particular (free from gluten, free from dyes, free from palm oil, free from sugar, for example) invokes the idea of healthiness because it involves excluding an ingredient that we assume can be dangerous or otherwise unhealthy.

Excessive market competition has led some companies and distributors to abuse the “free from” claim to win new customers: it is no longer an information tool for consumers, but a means by which to deceive them taking advantage of their emotions.

Gluten is the most emblematic case.

There are 6 million Italians who buy gluten-free products. But only 600,000 Italian celiacs. Spending exceeds 100 million euros a year. The rights and protections painstakingly won by celiacs – like the 90 euros per month provided by the National Health Service for the purchase of gluten-free products – risk being challenged due to a certain unscrupulousness that trivializes diseases and manipulates consumers.

Several associations of celiacs in Europe (Italy and Spain) complain about the misuse of labels on generic non-gluten-free products such as fruit, vegetables, legumes, cocoa, dairy products, shampoos, and toothpaste. Some European Agencies have confirmed that for those who are not celiac the exclusion of gluten is useless. Being celiac is a medical condition that must be respected and protected, not a fashion on which to make money.  Celiacs react only to gluten intake, that means, unless they drink the shampoo, there is nothing to worry about. Identify all products as ‘gluten-free’ is an error because, rather than helping, it confuses the celiac, generates fear among consumers, and violates the European regulation.

According to European Regulation 1924/2006, it is declared that if a company wants to indicate a product is better for one’s health, they can only do so if the product in question contains 30% less saturated fat than alternative products. At the same time, several other regulations emphasize how this information absolutely shouldn’t have an uninformative nature aimed at manipulating the consumer.

It is the same for palm oil. It is a healthy ingredient with important qualities such as vitamin A. The absence of palm oil does not lead to any significant nutritional improvement. And yet this ingredient is discriminated against through information without scientific evidence. It is done to exploit consumer fears. It hurts palm oil. It is taken away.  The consumer is informed that the product is now ‘free from’. The consumer feels relieved. But do they know how the palm oil was replaced? No. Do they know of an improvement? They believe it but ignore whether the facts support if there has been or not.

Certified palm oil has become sustainable, the most sustainable oil among vegetable oils and fats. So why is it eliminated from products? Simply because creating palm oil that is certified as sustainable requires more investment, commitment and social responsibility on the part of companies. They believe it is better to replace it, deceiving the consumer into thinking that a dangerous ingredient has been removed. The truth is that the company has given up on using a sustainable ingredient and instead replaced it with a more dangerous one for the environment.

The United States of America has banned the use of the “free from palm oil” claim because it does not inform the consumer but deceives them by providing them with useless information that is moreover manufactured by fake news.

Turkey banned it as well. We must protect all market values ​​and respect the consumer, without misleading them. The new Commission and the new European Parliament must set ambitious goals to stop the spread of this fake news and incorrect ‘free from’ labeling as soon as possible.