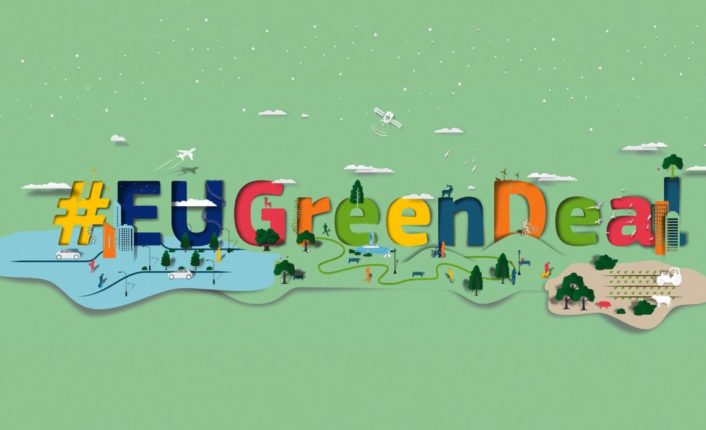 Will Europe be carbon-neutral by 2050? This is the aim of the new European Green Deal. If this were to happen, it would certainly have a positive turning point for the thousand possibilities of development and employment. The Commission seems to want to send a clear and strong message to the whole world about the issue of Climate Change. But it’s not enough to holler the message. Before a concrete result, it will be necessary to face a number of issues, even if minimal, will be achieved.

Firstly, it will be difficult to secure funding for the programs pursued by the agreement itself. The political differences and resistance to the overall goal from some EU member states will certainly aggravate the situation. Certainly, the EU needs to make a cautious decision. The situation is sensitive: wrong winners could be chosen or, worse, cost minimizations to establish a carbon-neutral economy will be implemented. Either way, they could both backfires.

Instead of focusing only on bureaucracy, the EU should consider approving a pro-innovation environment from a regulatory point of view. Carbon-absorption should be exploited, and the new energy technologies and sources should be unbiasedly accepted.

In this way, a neutral carbon economy can be achieved even prior to 2050, but only when words become acts.

The final objective is to develop a sustainable economy for all, including in emissions by 2050.

The Green Deal plans to launch financial and political initiatives. The political proposal aims to:

In addition, the agreement aims to introduce a “green financing strategy”. These will undertake an investment plan to unlock € 1000 billion for a more prosperous Europe over the next ten years.

However, these policies could lead to several problems in the free market.

The end does not justify the means

For now, Europe is adopting an interventionist path. With Brexit, France and Germany have already signed to pick the next “environmental winner”. Nonetheless, this decision is detrimental to the economy as environmental resources cannot contribute only to a winner, but on the contrary, they will have to flow to all countries.

Another concern is the very high cost of investing in innovative research and the development of new technologies. Likewise, it will be challenging for Europe to reach zero emissions by 2050 without a significant economic initiative. According to Material Economics, for instance, €40-50 billion will need to be invested every year up to 2050 in the heavy industry (steel and of chemicals), to reach the target on the designated date. And that corresponds only to research, without taking rest into account.

Consequently, Europe is drifting away from its initial model of mutual assistance and is becoming a more and more dynamic reality. Of course, it will be much easier for Denmark to accept this new deal as it has one of the highest amounts of renewable energy. Compared to Poland, which will be forced to abandon coal, when 80% of its energy comes from this source (Financial Times, 2019) and it is vital to the country’s self-sufficiency in energy generation.

For these reasons, the European Commission has a duty to be fully aware of the economic challenges they will certainly face.

Thus, here are some alternatives to economic policies:

Supporting scientific and technological research is crucial to ensure the achievement of a carbon-neutral. So, a regulatory environment conducive to innovation and any form of funding based on a free-market approach must, therefore, be established.

These solutions can be extended to investments in new affordable carbon capture and storage technologies, in order to collect as much renewable energy as possible.

European policy-makers should also be concerned about the carbon absorption potential of forests, soil, oceans and other natural wells (World Economic Forum, 2019) as well as limiting the high emissions of fuels from industries.

If companies pay an adequate price for the environmental damage that they have caused, they should also be rewarded for reducing CO2 emissions, in order to be encouraged to do more. We need to remember and encourage the conservation of natural ecosystems, as they are the key for reducing climate change.

At a global level, however, the EU should seek to improve and make efficient energy agreements with the US. In that way, Europe would distance itself with an aggressive from an aggressive Russia, focusing on the use of natural gases.

The European Green Deal is a great initiative, but it has to focus on reachable and pro-economic initiatives and policies. Of course, the transition to a carbon-neutral economy will be complex, expensive and full of social barriers. For this reason, Europe must be cooperative and embrace all countries by establishing a pro-innovation and technology policy.