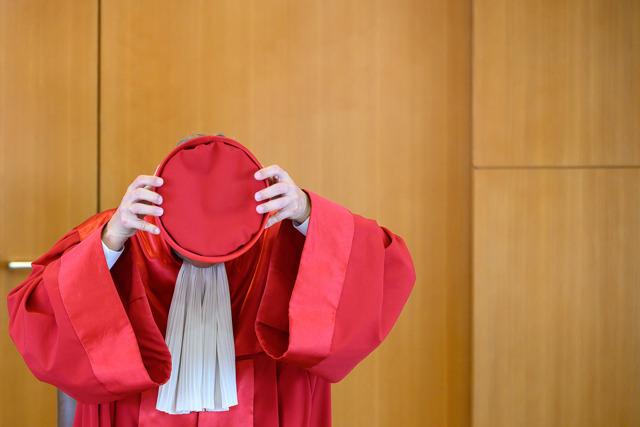 Karlsruhe – May 5, 2020. The decision of the German Constitutional Court of Karlsruhe issued on purchases of government bonds made in 2015 by the ECB (the Quantitative Easing introduced by Draghi years ago), has a strong impact in Germany. Yet, it is a wake-up call for the pro-Europeans who have been deceiving Europeans by saying that the EU doesn’t have a constitutional structure.

The German Constitutional Court ruled that, in Germany, both Government and Parliament will verify whether the ECB has well calculated the consequences on the chosen purchasing system. Indeed, the ECB has three months to explain the type of calculation made and make it valuable.

The EU Court of Justice’s press release (CURIA) clearly confirmed the Karlsruhe ruling. Its accusations of not properly evaluating the same matter in a judgment of 2018 made them precocious. So, the CURIA proclaimed to be the only competent to ascertain whether an institution’s act of the Union disobeys its law. It seems that the criticism of the Karlsruhe Court is from the point of view of German law.

At the highest level of the EU, the Member States must ensure the full effectiveness of EU law.

This obligation is not in the constitutive decisions of the EEC’s members and of the EU. Neither because, since Maastricht (1992), the former states have been carrying out similar acts. When both Constitutions were not properly granted by the magnanimity of the Head, the vote of the citizens was invisible. And so it was the EU frenzy, even decades after Maastricht. The Karlsruhe ruling has put an end to and cornered the front Europeanists.

‪ The EU has two choices. Being a cultural maturation of European citizens and their subsequent decisions’ model. Or being the usual repetition of the States existing over the centuries only when strength and power mattered. Supranational European law does not exist today. It is just an invention of the elites who rule with shortcuts, hiding the reality from the citizens.

Freedoms are materially interdependent even in their respective autonomy. And especially today, after Covid19, we must pretend to adopt criteria for which everyone must contribute to each others’ freedom. In order to achieve this, it takes time to mature civil awareness and cultural-political work to constantly express patient determination. A time that makes use of artificial intelligence but that this can not have the speed of intercourse and processing, precisely because it is the time of the human and not the machine.