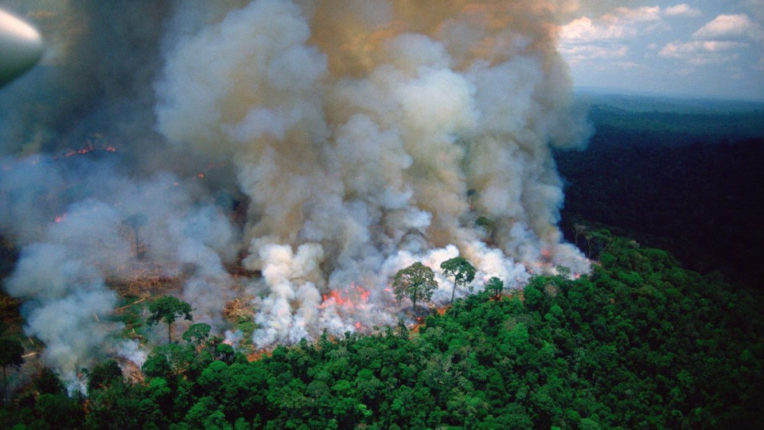 In the current times where climate change continues to be a key topic in the public discussion, forest fires often catch the eye of the media. However, with cases like the Brazilian and Borneo forest fires, the media has poorly analyzed the data. Many things have been said about them by the media, NGOs, and politicians. As always, according to the scientific method, we want to sort through what is really happening.

We talked to Professor Adriano Gianturco Gulisano, whose studies focus on politics and economics at the IBMEC University in Brazil, to get his point of view on the crisis and try to further understand the situation.

This is what we found out.

What is your point of view on the amount of deforestation and forest fires within the Amazon rainforest?

We can split the information into two main points; one is based on empirical data; the other is about the narrative concerning the data, the ideological and political aspects. Abroad, news about the amazon and fires is seen as apocalyptic and awful, its seen as people dying and the environment being ruined. The point is that environmentalists are getting very emotional, and it is tough to talk rationally about these topics. This makes it very difficult to look at the data logically. Data shows that the world’s environmental situation is getting better. Of course, in some countries, this is not true, and it may even be getting worse, but we have to look at the long term. We don’t have enough data to say something now. We must wait at least until the end of this year to analyze the data and maybe even longer. If you look at other data, it is quite positive towards Brazil. If you look at the protected area in Brazil, 64% of the area is protected, which is the most significant number compared to any other large country in the world. No country protects as much of its land as Brazil.

Do you believe there are not as many fires as there has been in the past as some people say?
In these months there have been more fires in relation to the last year, that’s a fact. But we must wait till the end of the year to see if the total will be more or less or equal. Furthermore, they are more compared to last year, but they are not more than in the past ten years. If after four years, the term of the government, deforestation, and fires grow in amounts then we can say it is due to the government, but right now we can’t know this.

Why do you think the media has such a heavy focus on the fires now?

The political aspect. The fires started in bolivia, but the situation there does not receive the same kind of attention. For example, at the same latitude, in the same days, in the same weeks, there have been more fires in Africa and the congo. So why does Brazil receive all the information? There are two essential points, one is the political issue, and the other is the crazy environmental hysteria. People do not criticize the left-wing governments as much as they do the right-wing. The media is entirely against these governments before they do anything. Looking at the data, we have a lot about the past and a lot about the current fires, but it is too early to make any judgments about the current government. When the problem started, it was only seven months into the new government, so we don’t have enough data to come to a conclusion about the current situation. What we see in Brazil is not guaranteed to last long term. What impresses me is that even if it’s true that deforestation and the fires are increasing, I don’t see how it is the fault of the government. If it was a left-wing government, everyone would have had a completely different view and would have tried to help the situation. Of course, it was not a desire of the right-wing government to cause deforestation and fires. No one loves the Amazon in Brazil more than the military. We cannot say that its the government’s fault as there is no proof and the soldiers really love the Amazon and its territories. The political aspect is crucial to take into consideration. 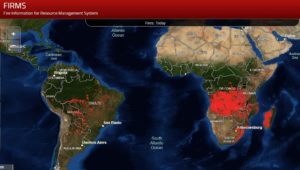 What type of economic and social impact do the deforestation and fires have on the local population?
There are not many people who live in the Amazon; more than 50% of the population live in the big cities. In the Amazon, you still have cities and very few people who actually live in the forest. Only two people died in these fires in all the year. This is a tragedy, and from the human perspective, it is awful, but statistically, this is low, when you have fires in Spain or Italy, it is often a lot worse. For companies, they are lobbying for the government to take stronger measures because the international opinion reflects very poorly on them. The companies want to show that they are working to put out the fires because it is in the best interest of them to do so.

What is the government planning to do about fires and deforestation in the Amazon areas?
In the beginning, I do not think they dealt with the situation very well. They denied what was happening and didn’t try to help. This was a bad strategy. But one week after they started to change their communication and became more transparent in what they were doing. They approved a special law that gives special powers to the military and police to control the area. They sent the military there to manage and protect the environment and arrest people who were hurting the environment. Its a cost, and Brazil is very broke, but they did this special action to ensure that the environment was protected.

Is it true that the Bolsonaro administration is behind this forest loss, as some media and NGO claim?
Zero, that’s my point. That’s a strong accusation and it must be proven. It’s a criminal accusation. If that is the case then someone has to go to jail. As of now, there is no proof of this. I cannot see what interest the government would have to cause something like this, in many ways, it is the opposite, and it is in their interest to prevent these issues. It is not the government that causes this issue. It is a massive problem for the president to deal with, and it would be against any political gain to start the fires and promote deforestation. The president did not change any law; they didn’t decrease the control of the environment or anything like this. I do not see the connection between the government and the fires.

What can be done in the Amazon area to preserve nature and biodiversity?
The best way is just to promote the free market and economic process. For example, 80% of the amazon land is public property of the federal government, so it is not a surprise to me that you have this kind of problem. It is called the tragedy of the commons; when something is of everyone, it is of no one, and no one will take care of it. On the contrary, we have Pantanal, which is a critical environmental area and 80% of the land is private, this works very well. You can go there and pay to fish and hunt, but you also pay for what you take out. It is a great way to let people explore the environment while not destroying it because what people take or do they have to pay for, this discourages people from negatively affecting the environment and overusing it. The companies get paid for the land, and for keeping it clean, by the people. When these things are controlled by the government, it just does not work this way. The companies have a reason to protect these properties. If it is private property, they have the duty to clean their property and take care of it, or else they get in trouble. No one destroys the environment when they live on it. The companies want to preserve the environment because they need it to make money. Furthermore, the agricultural sector is hugely productive, the percentage of land used is only around 7%.

How can the companies operating there be involved in a sustainable production and supply chain?
The businesses already want to become more sustainable, and it’s against their interest to destroy the environment. The Kuznets curve shows that in the first stage of the economic process countries use more resources from the environment, but then when they reach a certain level of progress, the use of environmental resources starts to decrease because of the increase in resource efficiency. The companies have an incentive to use less and be more efficient naturally, but this is not often seen by consumers and media.

Here at the ForFreeChoice Institute, we believe in transparency to the public. Part of that includes showing all sides of a matter in order for people to make the most informed decisions. The media wants us to believe that the Brazilian government is ruining the environment and the Amazon rainforest, but there just are not enough facts for this. We must keep in mind the political aspects of issues as much as the ideological ones, and continue on making logical choices to truly benefit the environment.

Prof. Adriano Gulisano gave us another angle of the story that must be considered when addressing the issue. The best way to promote sustainability is to implement free-market economies and inform citizens, as well as decision-makers, with scientific facts and correct information.

We cannot trust everything we are told, and we must search for the truth through empirical data to make an effective difference.